If it is Friday it must be my Visible Image day!

Phew! What a week! There doesn't seem to have been a minute to spare. Major thing this week was I washed my car!! I have a white car and it was looking pretty grotty so I donned my wellies and set to it. It was quite invigorating but I have to say it was soooo much nicer getting back inside into the warm.

Of course my favourite place indoors is my craft room and once the car had had its' wash and brush up I got myself settled in and started crafting. What I came up with was the card you see below. And before you ask, no my car doesn't look like this one!! My card this week has a very masculine feel to it but I put that down to the stamps and not the colours! The colours are a daring combination of Aubergine, Denim and Sage. I love the warmth they bring and although they are quite dark I don't think the card looks sombre at all; the black images somehow brighten it up! 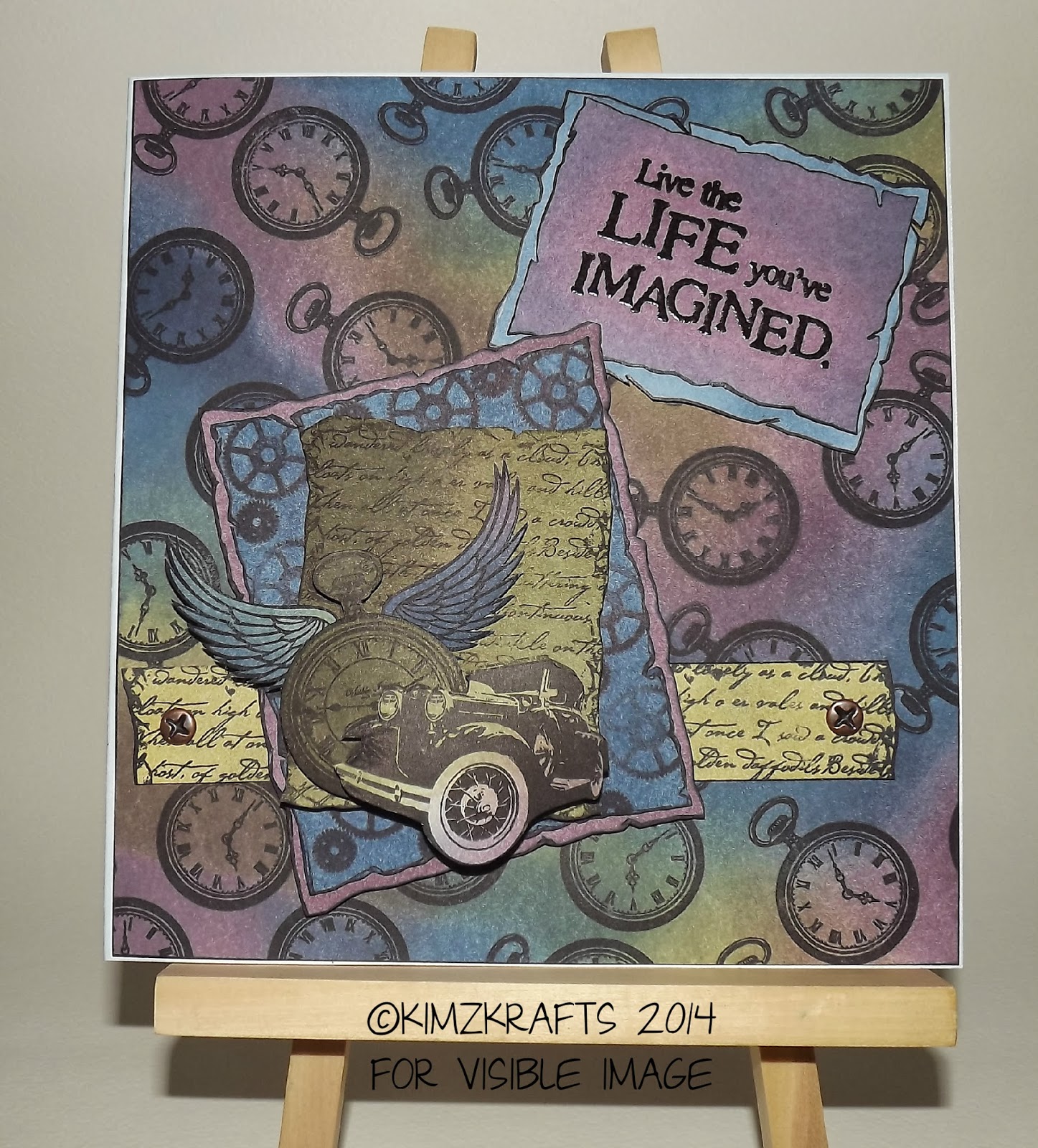 I used the Clock Stamp set - Time after Time together with the Men's Collage and the Live the Life sentiment.

It looks like I used the Bronte Script stamp for the little banner behind the main image but I actually used the wordy bit from the Men's Collage. Of course I could have used the Bronte Script but it didn't seem necessary as the other stamp was already 'dirty'. I attached this little strip with some groovy brads that look like screws. I have no idea where I got them from just that I have had them for years and have been very precious about using them. I thought this card was the perfect place to use a couple.

The car and the clock were stamped again and decoupaged to give some dimension.

To imitate the rough edges of the Men's Collage stamp I cut the edges of the sentiment and the mount behind the car to match.

Click on the images below to be whisked away to the Visible Image web shop where you can buy these and any other stamps you fancy!

There is still time to join in with the January Challenge over on the blog. The theme is Anything Goes. Pop over there now to see the great DT examples and also take a peek at the lovely entries. Then add yours!! You will have to hurry though.

There will be a new Challenge launched on Saturday which will include my first DT example. Gosh has it been a month since I started with Visible Image? Time really does fly when you're having fun.

There is also the Facebook group which is becoming a very popular place to meet new Visible Image friends, get sneaky  tidbits of information about forthcoming TV shows, enter competitions, get the low down on new stamp releases, see DT projects and showcase your own Visible Image projects.

So there we are, another week and hopefully another little bit of inspiration for you. Have a great weekend! 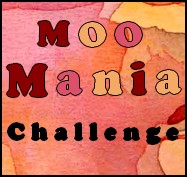