IT'S SHOW TIME - with Sheena Douglass

Looking through my photos of samples I made for this launch, I have become more and convinced that this new set of stamps from Sheena Douglass is going to become a firm favourite not just for me, but also for anyone who is lucky enough to get them. My fellow Inkoids are raving about them and the comments we have been getting from these 'sneaky peeks' backs up this claim. If you haven't seen any of my 'sneaky peeks' yet then don't worry, they are still here for you to see. Just go to my blog list for this month and click on any that have Sheena Douglass in the title. Simples.

Today I would like to share with you a simple project. By that I mean minimal stamping giving a stylish result. You could of course take it further, maybe more colours, a sentiment, ribbon, glitter, etc. The list is endless of the other things you could do, but sometimes it is about holding back and leaving something 'stripped down'. 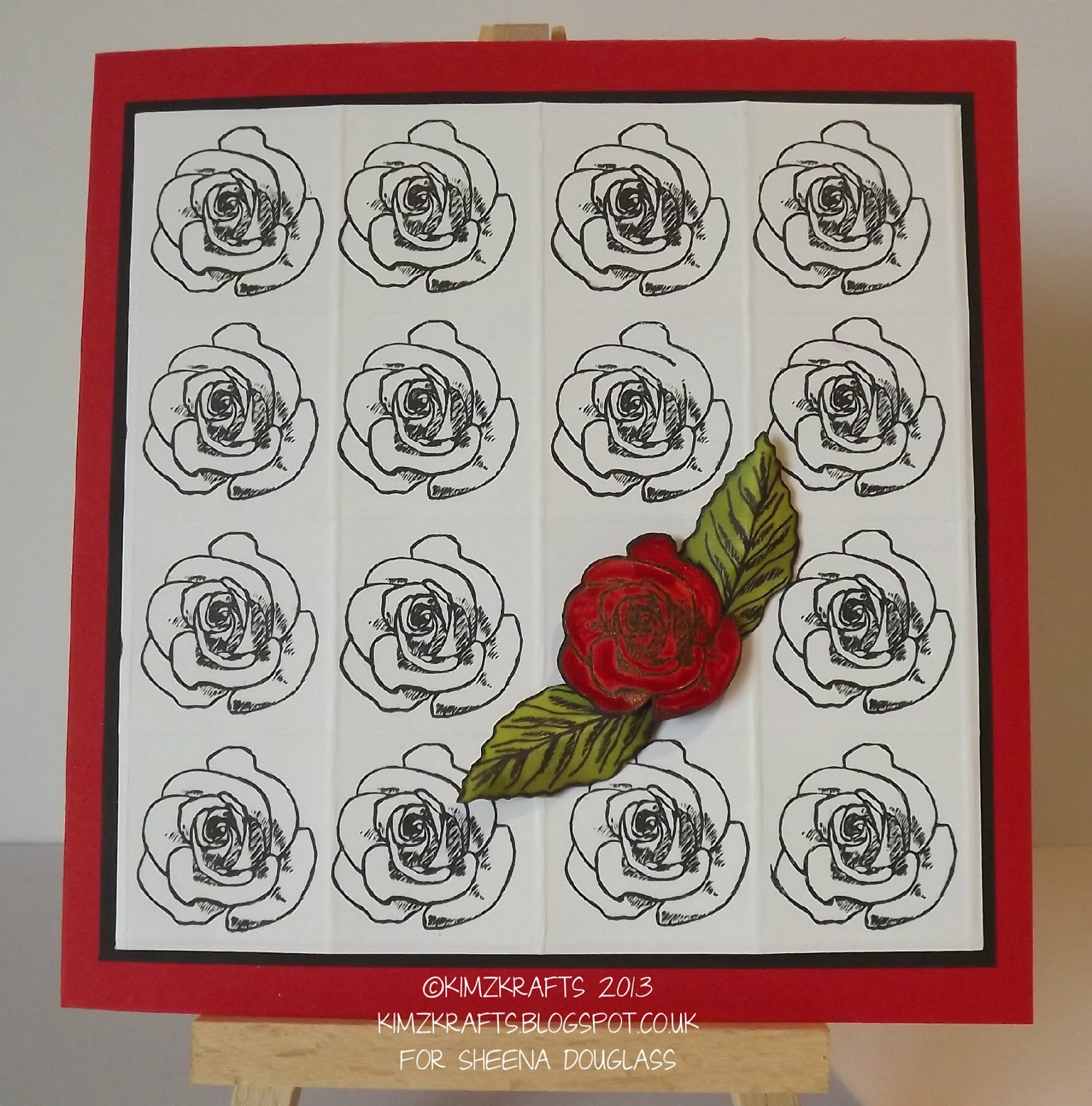 Because some of my samples used decoupaged elements, I stumbled upon the idea of making this card when I was stamping roses to be cut out. Obviously this card has a much more controlled method of stamping to it, but that is where I got the idea from.

I measured the stamp at the widest point and created a grid using my scoring board. I then mounted the stamp carefully on a small block to make sure that I could line it up exactly each time I stamped. This was the hard part because one small 'jiggle' and the effect would have been spoiled.

Like I said, I could have taken it a LOT further but I liked the simplicity. While writing now I have some more ideas in my head about variations on this theme.

So, remember where to be on Thursday. The show times are 9am and 4pm, Thursday 22nd August 2013.  Create & Craft on any of these channels, SKY 671, FREEVIEW 36, FREESAT 813, VIRGIN 748, or even watch on your computer/laptop. If you can't watch LIVE then record the shows to get some ideas and watch some demos from Sheena. Can't guarantee stock levels though.

Bye for now my crafty friends.

Posted by KimzKrafts at 20:42
Email ThisBlogThis!Share to TwitterShare to FacebookShare to Pinterest
Labels: Sheena Douglass